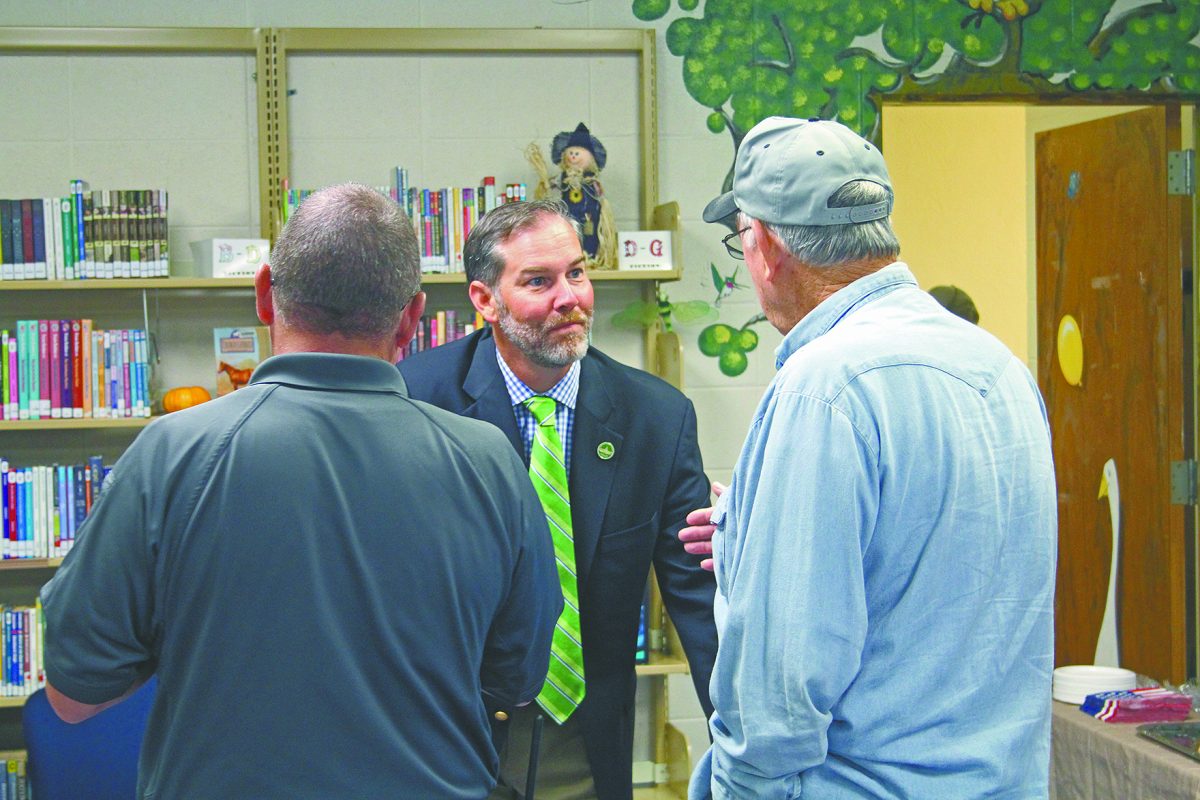 Senator Max Wise was in Columbia on Tuesday for a town hall meeting to discuss the upcoming legislative session that begins in January.

The 60-day session will be a budget session as the legislature considers expenditures for the next two fiscal years.

Wise began, “I’m being very honest with people to say this is probably going to be an even tighter budget than it was in 2018. The reason being that we still face looming pension problems in the Commonwealth and we need to generate more revenue to pay for a lot of the problems that we have, but I believe we are getting to the horizon of getting to see good things ahead.”

“The teacher pension system will probably be the elephant in the room with the ability to tackle that,” Wise continued. “We tried to do it in 2018 but we were not able to get it passed in terms of it going to the Supreme Court. It had to have three readings to the bill and it had to pass in a five-day period and that bill got rushed through. It was not a good day for Frankfort. We are better than that. We are also better than a lot of the comments made with the pension system by the governor. I’ve been fair to criticize that. We are better than that. We can tackle this issue by listening to all of the stakeholders involved in this.”

Wise feels the best route is to create a new system for new incoming teachers. He said it would not affect current teachers or their retirement. He also said that Kentucky needed to increase teacher pay to make it more attractive for graduates to want to be teachers to help curtail teacher shortages.

The senator noted that Kentucky has fallen behind neighboring states because of our tax system structure. He said the state needs to keep up with Tennessee and Indiana and not get further behind them economically.

“We have got to generate money in this state. I’m not one for always raising taxes, but I think if it consumption based and everyone would be a part of that, I think that is equitable and we could look at doing something along those lines.”

“It’s still a very tough vote and it could get some of us voted out of office, but we have to look at it.”

The gas tax is something that is also being considered. Today, Kentucky’s gas tax rate is 26 cents per gallon. According to Wise, the legislature will likely consider an increase of 10 cents per gallon to the tax.

“We like to have good roads and drive on those roads, but we have to pay for those roads. But I want to make sure that money doesn’t go just to the Golden Triangle of Northern Kentucky, Louisville, and Lexington. We finally have the Heartland Parkway work going again. Better roads are going to help bring in industries and help to keep the ones already here.”

Abuse of the public assistance and welfare systems is an issue that must be addressed, according to Wise.

“We want to get people off welfare and into the workforce. We have some who need it and some who abuse it. I’m for getting it to those who need it. The problem is we have a lot of people who just don’t want to work. We rank in the top five nationally for the worst workforce participation. That has to change.”

Wise said one option is photo ID for those who have a card for public assistance. Another is to alter the system so that only certain items can be purchased with the assistance funds provided.

“It is very difficult to get people completely off of the system. The reason is because the federal government has extended this and it is very hard to take it back. It is so difficult because to take it away from them, especially if they have children, is difficult. If you take away the parent’s right to get assistance, what is going to happen to those children in the home.”

Senator Wise said the number one issue his office receives feedback about is asking for legalized marijuana for medical purposes.

“There was actually a bill last year that got a vote in the house committee but the Speaker did not bring it to a vote on the floor. This bill has gained more momentum than any other bill I’ve seen in Frankfort.”

Wise said he would need to see the frameworks and safeguards that will regulate dispensing the drug before he could vote for it.

“I am not for recreational use. But for end-of-life issues, PTSD, or serious issues like this, I might could support it if the safeguards are in place.”

Eliminating corporal punishment in schools – “I think we should probably leave this to the local districts to decide this issue.”

Pay for play for college athletes – “I don’t think this is something we will have to deal with right away, but down the road, we may have to look at this.”