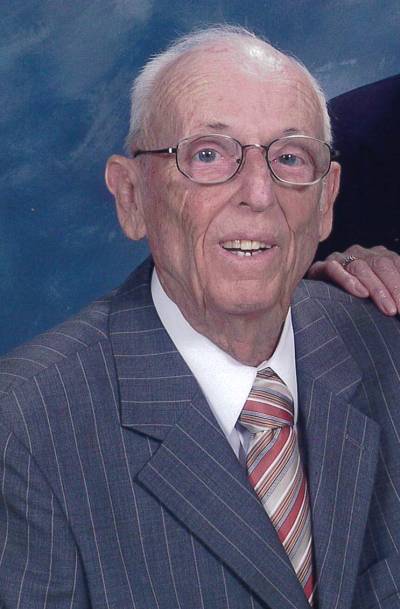 He was born in Green County on June 7, 1926 to the late George and Lula Curry. In addition to his parents, he was preceded in death by three sisters, Sarah Long Hammond, Nannie Absher and Martha Curry and two brothers, Nathan Curry and David Curry. Vernon was also preceded in death by infant siblings, Maud, Claud, and Laura Curry.

Mr. Curry was retired from the United States Army, having served in the Korean War and retiring from the Pentagon.  He then worked for Stotts-Phelps-McQueary Funeral Home as an ambulance driver and served as a teller and loan officer for the Bank of Columbia for many years.  He was a member of the Columbia Baptist Church, and he also enjoyed his golf games at Pinewood Country Club.

The funeral services were at 2:00pm on Monday, April 8, 2019 at the Stotts-Phelps-McQueary Funeral Home with burial in the Haven Hill Cemetery and full Military Honors will be provided by VFW Post 6097.

Visitation was from 9:30am on Monday until time for the service at the funeral home.

New Building for CAUD Could be Reality